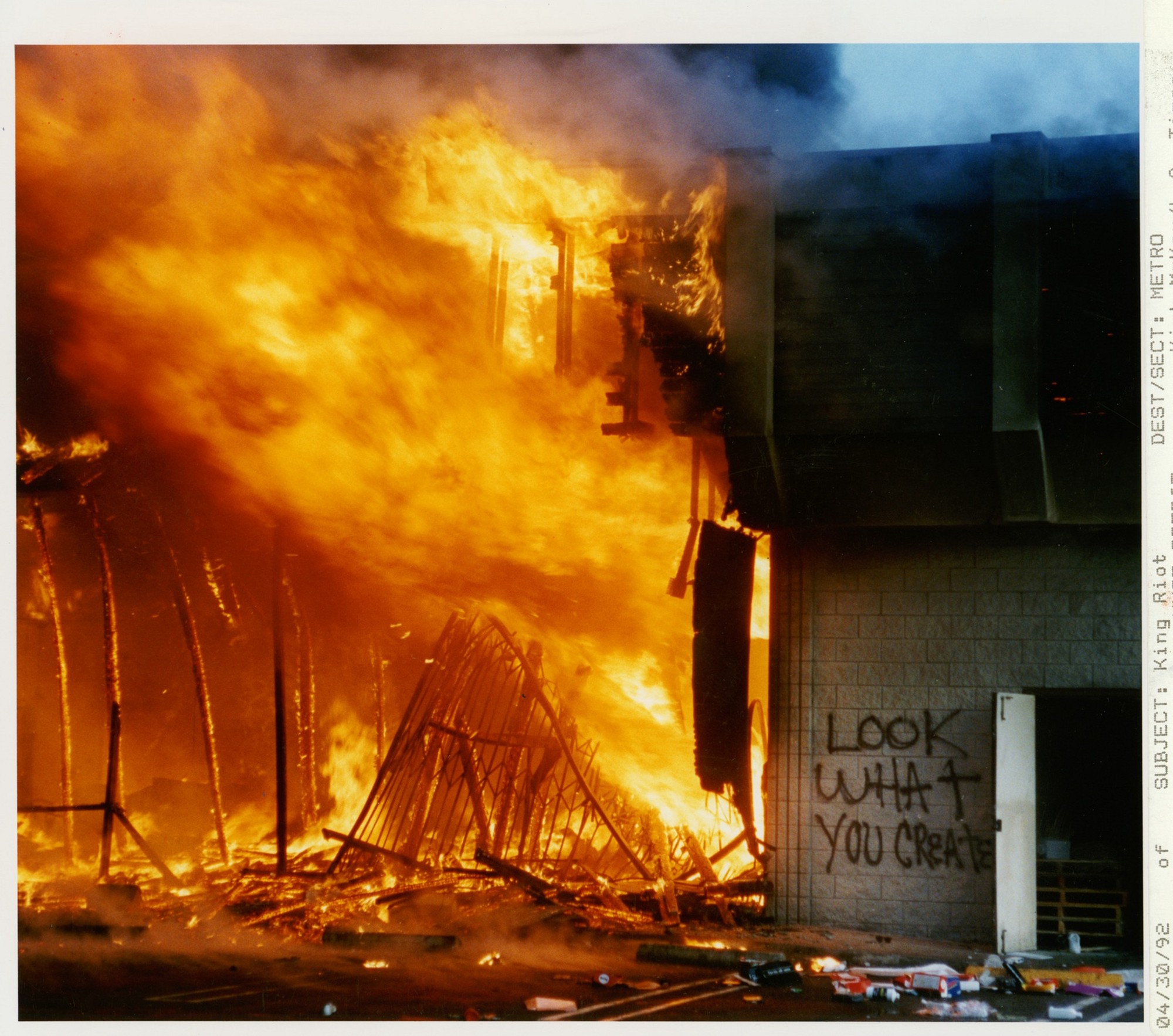 This photo was taken when riots broke out in Los Angeles, CA in April of 1992.  On the 29th of April 1992, rioters protested the release of four Los Angeles Police Department officers in the beating of a motorist – Rodney King – in 1991.

The whole affair became more serious because the officers were white and Rodney King was an African American. This racist twist is what caused the riots to be more intense.

The LAPD officers caught Rodney King after he led them on a long high speed chase in LA County. George Holiday was in his apartment balcony at the time and he caught the beating on videotape, which showed King being hit over 50 times. He suffered several injuries, including 11 fractures. This event took place on the 3rd of March 1991.

On March 15th, 1991,  four officers were arrested: Sergeant Stacey Koon and officers Laurence Michael Powell, Timothy Wind, and Theodore Briseno who were charged by a Los Angeles grand jury in connection with the beating. The rest of the officers who were standing around and did not intervene were not charged with anything and were found not guilty by the jury on May 10th, 1991.

On April 29th, 1992 the predominantly white jury convened again, and acquitted the four white officers, in spite of the brutality committed which was caught on tape. Frustration and anger was already at an all-time high and thus, within minutes of the verdict, riots broke out in South Central on Florence and Normandie.

Liquor stores, chain stores and other fast food places were attacked. Mostly white people were targeted, the most famous of which was when Reginald Denny – a truck driver – was pulled out of his truck and struck by a piece of concrete by Damian Williams. Denny barely survived the attack.

LA was burning because of this attack, where over 1000 buildings were destroyed or damaged – including the one in the picture – and the cost of damages went beyond the $ 1 billion mark.