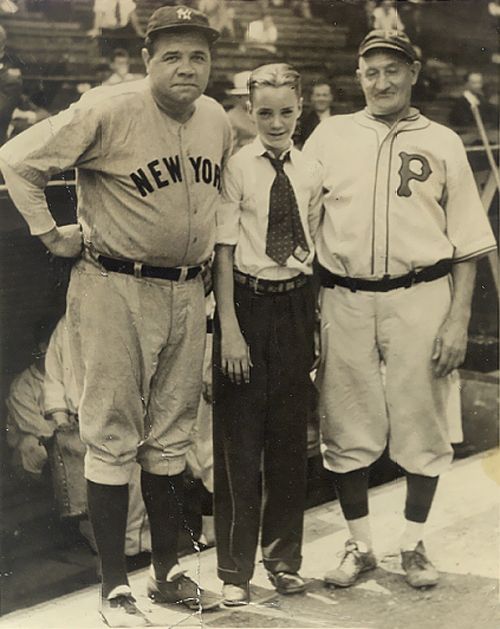 This picture is a glimpse of American sports culture back in the early 1900’s.

Two of the finest baseball players the world had seen at the time had agreed to take a picture with a loyal fan at Forbes Field. Babe Ruth and Honus Wagner are these two greats, two men who helped shape baseball into the American pastime it is today.

A man who needs little introduction, Babe Ruth was perhaps the defining figure of baseball in the early twenties. As the legendary “Sultan of Swat,” Ruth smashed record after record in his career making him one of the most famous figures in baseball to this very day. So great were his abilities that he was honored as one of the five first inductees into the Baseball Hall of Fame in 1936.

Wagner, too, is often regarded as perhaps one of the best there ever was. Nicknamed “The Flying Dutchman,” Wagner played 21 stellar seasons in the glory days of baseball from 1897 to 1917. Although he played for various teams, he is most commonly associated with playing for the Pittsburgh Pirates, the time where he received most of his limelight. Wagner also was given the splendid honor of being one of the first five inductees into the Baseball Hall of Fame.

These two are remembered to this day for the tremendous effort and passion they put into the game. Many people became fans of baseball at the time because of incredible players like these ones who gave it their all and played with incredible skill and fighting spirit that is rarely seen elsewhere. Even today, if you ask people who the greatest baseball player of all time was, many will respond that it was Babe Ruth or Honus Wagner.