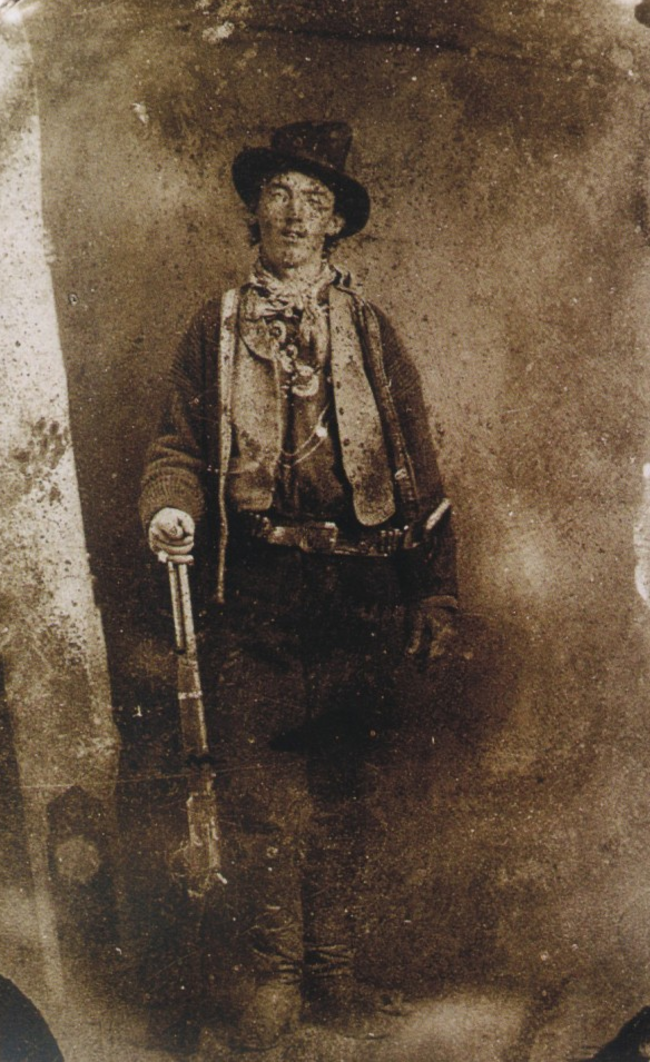 Here we have the only known picture taken of Billy the Kid.  Alive from 1859 to 1881, this legendary outlaw lived during a time where photographs were sparse, especially for criminals who would try to avoid as much publicity as possible. Not Billy the Kid, though. He wanted to have a picture of himself during the height of his career of crime.

The Kid was born with the name Henry McCarty. He had to go through considerable tribulation in his younger days. His birth father died when he was young, so his mother remarried another man. Shortly afterward, Henrys mother passed away as well.

McCarty actually managed to escape from prison. As a fugitive, he used the alias William Bonney to lay low. Petty thefts would follow until 1877 when he murdered a blacksmith. Once again, Henry was hunted so he fled and became a cattle rustler. Through this work he became involved in the famous Lincoln County War in which Bonney and his rustler compatriots attempted to arrest or kill men who had killed their boss. Known as “The Regulators,” this band of cattlemen turned gunmen received warrants from Lincoln County justice of the peace John Wilson and used them in an attempt to round up those who had wronged them. The attempt led to quite a few shootouts, leaving Regulators and some of their targets dead. Billy the Kid would be shot dead in Fort Sumner NM by the sheriff of the town, Pat Garrett.