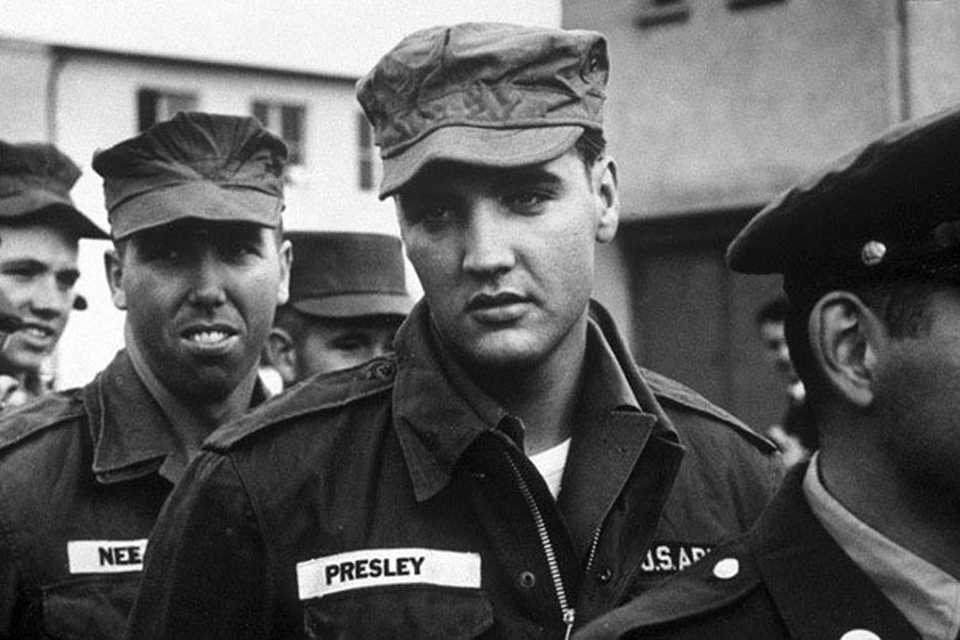 Elvis In The Army

This photograph is a rare view of one of America’s most influential musicians, Elvis Presley.

Above he is pictured in his serviceman’s uniform as he does his part to protect the interests of his nation. While most are familiar with his legendary career in rock and roll music, it is not widely known that the musician/superstar also served in the military.  For nearly four years he had been the center of the attention of the musical scene with such hits as “Love Me Tender,” and “Heartbreak Hotel.” However, when the draft for able-bodied young men to serve in the army came about in 1958, Presley was selected for duty.

Being a musician and an entertainer of the era, it was very possible for the young Elvis to apply to Special Services and be permitted to simply travel around performing for the soldiers, he chose to decline this special privilege in order to serve as any other soldier. Joining the 3rd Armored Division, he was shipped out to the then divided nation of Germany.

Living in the western half, it was the duty of him and the rest of his division to keep the peace during the ever-intensifying Cold War of the era. His service didn’t prevent him from following his passion, though, Elvis still managed to continue recording in Germany. It was actually while he was in service that he met his future wife, Priscilla Beaulieu. The two were introduced by a mutual friend in West Germany and spent nearly every moment of free time together. By the end of his service, Elvis Presley had been promoted to the rank of Sergeant and had gained an enormous amount of respect from both his peers in the Army and the nation which he served.