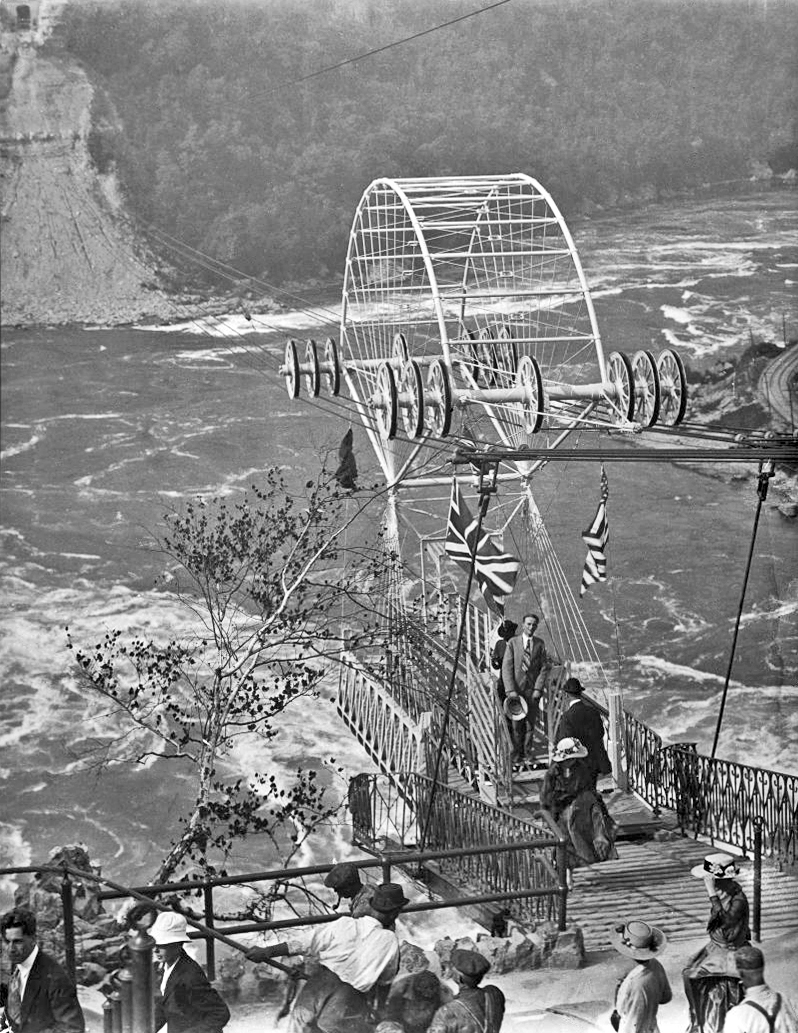 This iconic photo from history shows the first crossing of the Whirlpool Cable Car going over the Niagara Falls gorge, on August 8th, 1916. This attraction is still open, however it is now called the Whirlpool Aero Car. This equipment was designed by Leonardo Torres Quevedo, a Spanish engineer, and has been in operation since 1916.
The cable car is made up of six sturdy cables and offers a wonderful view of the Niagara Whirlpool which is formed at the end of the rapids where the gorge turns abruptly counterclockwise, and the river escapes through the narrowest channel in the gorge. It has 14 pulleys going back and forth above the cables that allows the wagon or the cargo carrier to move easier and make it light enough.
Below are a few highlights about the Whirlpool Aero Car: