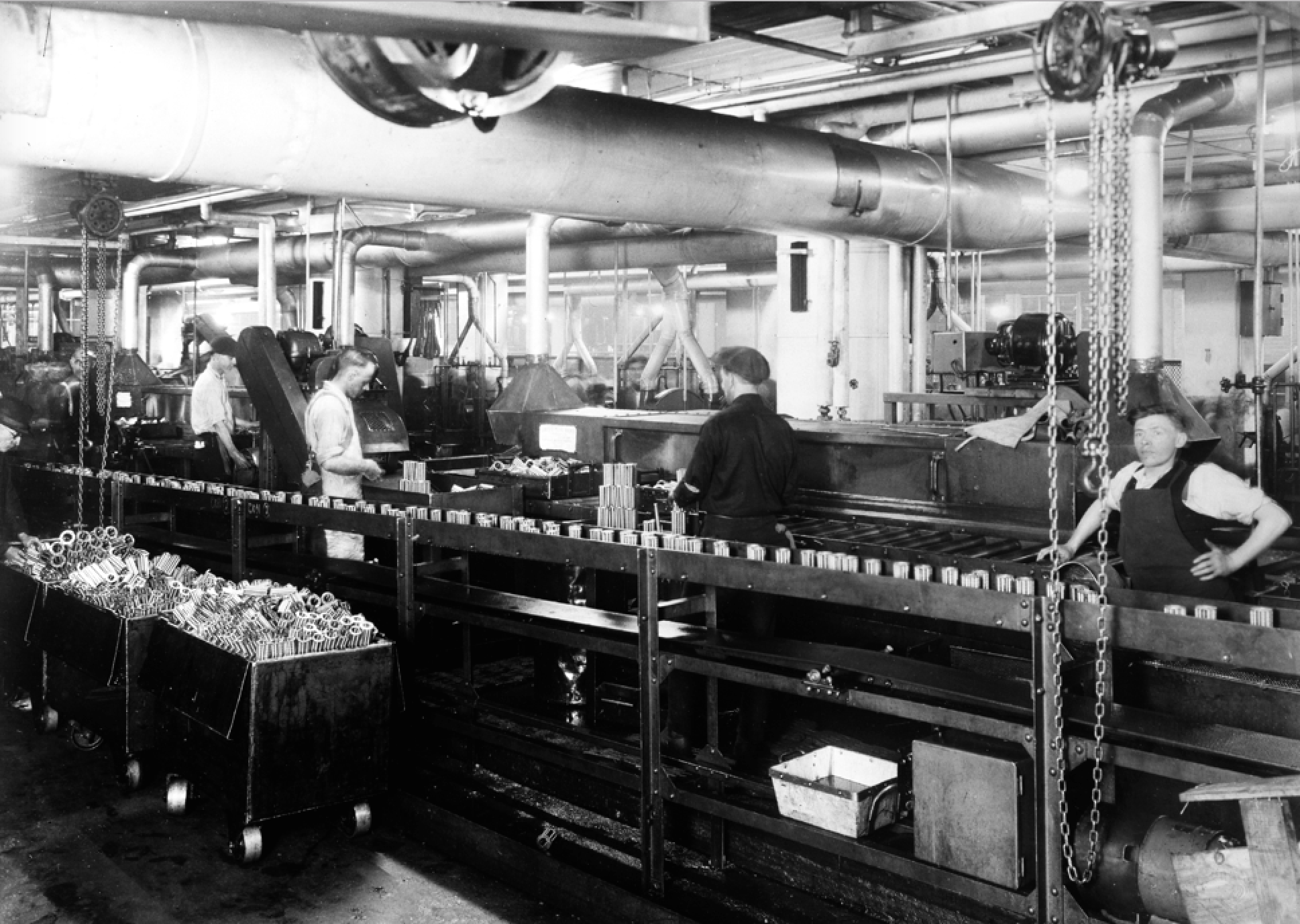 Above is an old black and white photograph showing the Ford Model T Assembly Line in 1924. Ford’s Model T, introduced in 1908, was simple, sturdy and relatively inexpensive–but not inexpensive enough for Ford, who was determined to build “motor car[s] for the great multitude.” In order to lower the price of his cars, Ford figured, he would just have to find a way to build them more efficiently.
Ford had been trying to increase his factories’ productivity for years. The workers who built his Model N cars (the Model T’s predecessor) arranged the parts in a row on the floor, put the under-construction auto on skids and dragged it down the line as they worked. Later, the streamlining process grew more sophisticated. Ford broke the Model T’s assembly into 84 discrete steps, for example, and trained each of his workers to do just one. He also hired motion-study expert Frederick Taylor to make those jobs even more efficient. Meanwhile, he built machines that could stamp out parts automatically (and much more quickly than even the fastest human worker could).
The most significant piece of Ford’s efficiency crusade was the assembly line. Inspired by the continuous-flow production methods used by flour mills, breweries, canneries and industrial bakeries, along with the disassembly of animal carcasses in Chicago’s meat-packing plants, Ford installed moving lines for bits and pieces of the manufacturing process: For instance, workers built motors and transmissions on rope-and-pulley–powered conveyor belts. In December 1913, he unveiled the pièce de résistance: the moving-chassis assembly line.