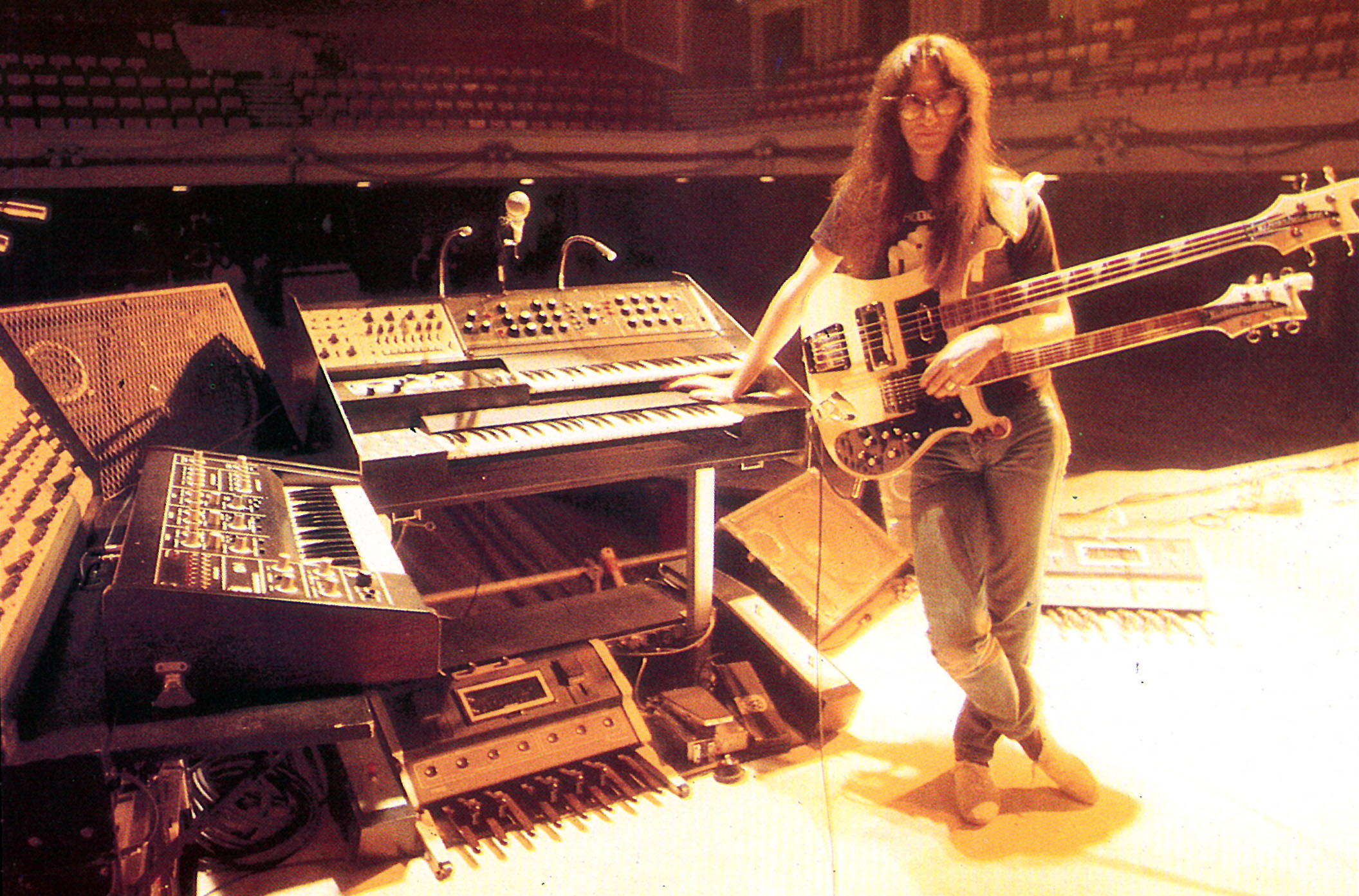 Geddy Lee and his many instruments.

A picture that captures the musical dedication of one of rock and roll’s icons, this photograph is of Geddy Lee standing near a variety of instruments. These aren’t just a random assortment, however, as Geddy Lee played all of them for his band Rush.

Indeed, he was the lead singer, bassist, and keyboardist for the famous rock band. While most musicians are called talented for mastering a single musical talent, he was able to master three causing many to look up to him as a true musical legend. Born in Canada to a pair of Holocaust survivors. Like most young men growing up in the nineteen-fifties and sixties, he became quite enthralled with the growing popularity of rock and roll.

He and his friends at school started a band in his parents’ basement and began learning instruments. After being invited to try out for a band run by his childhood friend, Lee was permitted to join the band that they would later name Rush because of how quickly they needed to come up with a title for their act.

Along with band members Alex Lifeson playing the guitar and Neil Pert playing the drums, the trio of young men became stars in the music scene. With hit album after album, their progressive distinctness set them apart from many of their fellow musicians. Many fans loved the strange combination of Lee’s vocals and his use of synthesizers and electronic keyboards. Lee would eventually have a solo career, but it would never have much success.

Lee continues to play with Rush to this day. Rush has been called one of the most legendary rock bands of all time by many accredited musical sources like VH1.