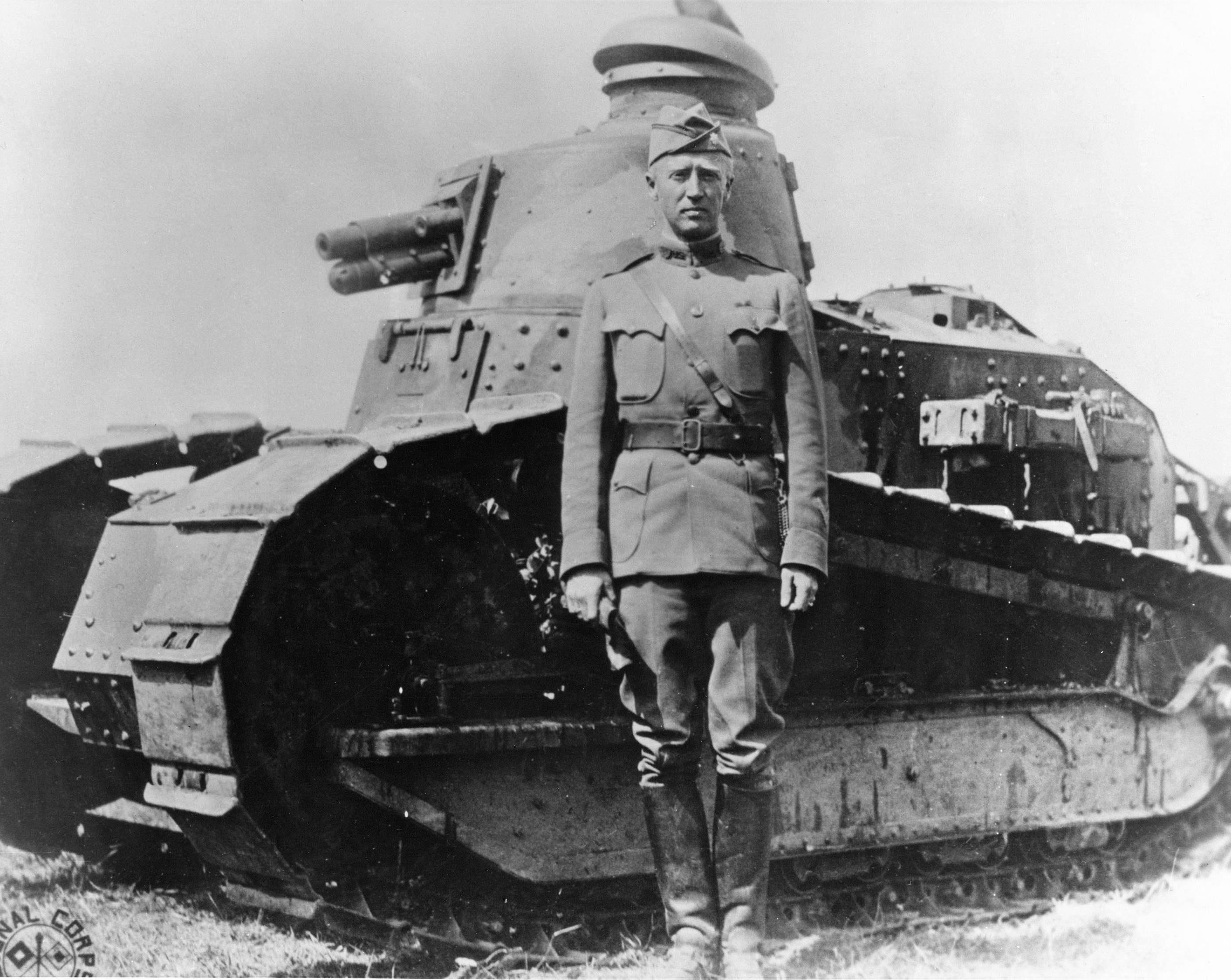 Here we have one of America’s most prominent military figures, George Patton, in a time before he rose to fame. Although he was most notable for his impressive achievements in the Second World War, Patton had been a member of the armed forces long before that.

At the time of this photo, it was 1918 and Patton had received the rank of lieutenant colonel. He was born in 1885 and attended West Point Military Academy in order to train him for his desired career as a soldier. One of his lesser known achievements was that he actually ran in the 1912 Olympic Modern Pentathlon where he placed 5th. He would then go on to have a considerable career as both student and teacher of swordsmanship, even designing cavalry sabers that the military would actively utilize. His first true military action came in 1916 when he led an armored division against Pancho Villa.

From there he would go on to begin his career in the First World War. He joined the United States’ newly established tank corps. Patton quickly garnered a reputation for his brilliant and relentless tactics with his tanks and rose through the ranks, eventually becoming the lieutenant colonel he is in the photograph. By the time WWII erupted, he was given the rank of General and selected to lead the 2nd Armored Division. This division with his leadership was the most renowned of the war. Patton also became known for his unorthodox speeches, usually featuring a few curse words to encourage his men. Patton would pass away from an automobile accident shortly after WWII.