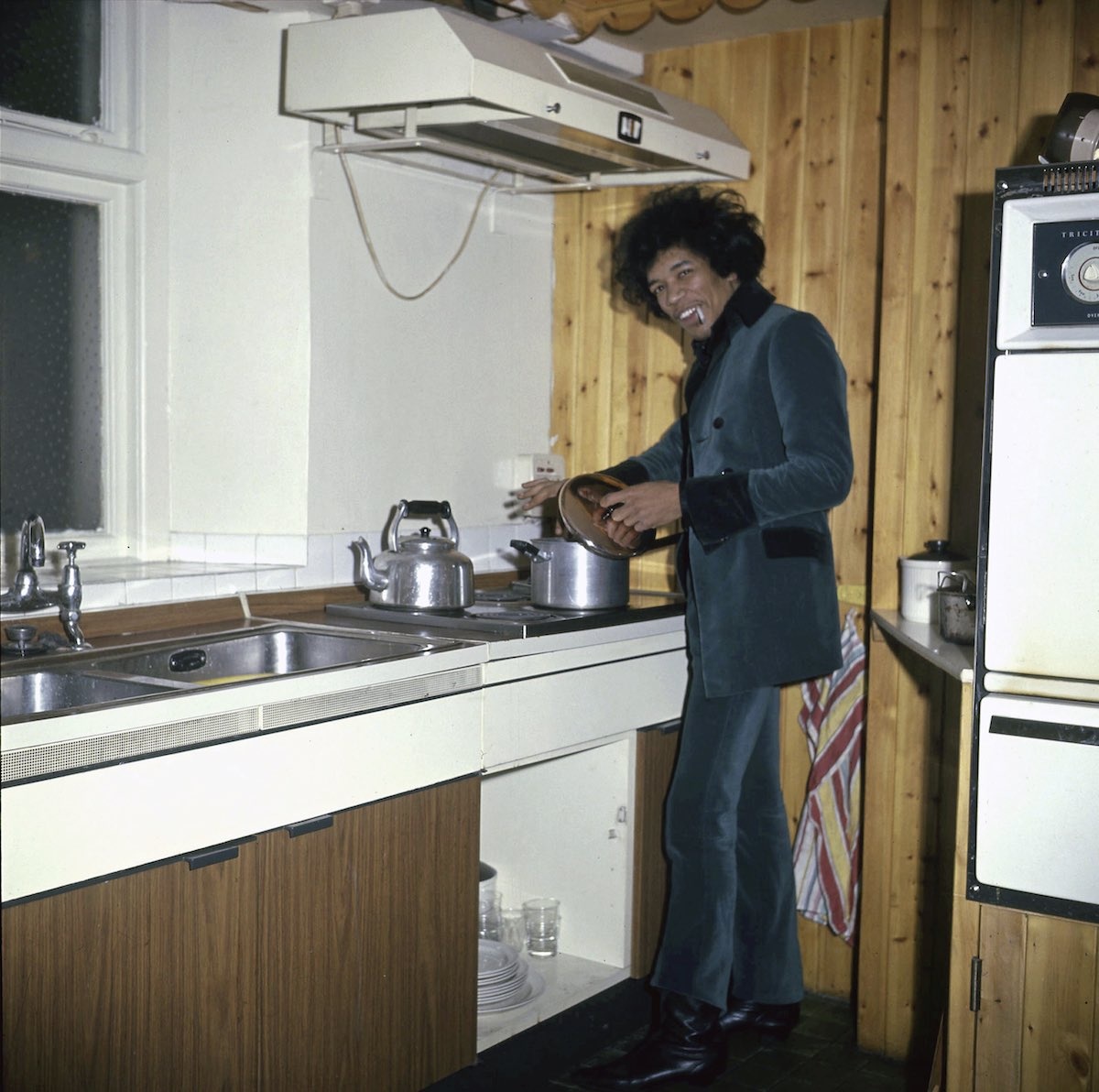 Above is a photograph in the personal life of rock and roll superstar Jimi Hendrix. Not only is the person important, but the address the photo was taken in is also legendary to music as it is an apartment in the famous 34 Montagu Square.

This building was located in London, England and was closely intertwined into the musical careers of The Beatles. Front man Paul McCartney recorded a number of demos there for the band and Ringo Starr even was the landlord for the apartment complex in the building. So Jimi Hendrix was a tenant to the drummer of The Beatles. It is reported that Hendrix had roommates in the form of his girlfriend, manager, and manager’s girlfriend in their cozy little apartment. He inhabited this place from 1966 to late 1967. Not long after them moving in would Jimi’s career reach its pinnacle with the release of such hits as “Purple Haze.”

Jimi was eventually evicted from the premises because he covered the walls of the apartment in whitewash due to an out-of-control acid trip. This wasn’t Hendrix’s first problem with his behavior as he had actually been discharged from the Army because he had been reported to have been slacking off excessively. The apartment complex would later go on to house John Lennon and his lover Yoko Ono. Their apartment would even go on to serve as the location of the cover of their album, Two Virgins. Hendrix would meet an unfortunate end in 1970 from becoming asphyxiated.