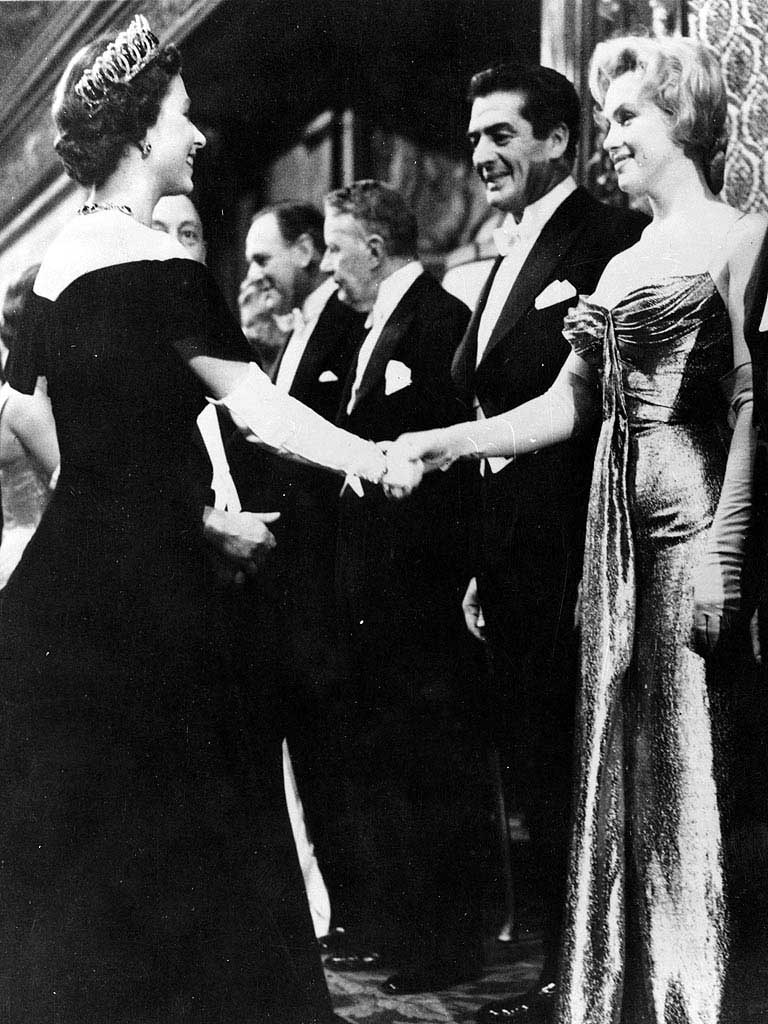 Above is a picture that was taken of famous actress Marilyn Monroe as she was given the honor of meeting Queen Elizabeth II of England. The picture was taken in 1956 at the English premiere of the film The Battle of River Plate.

Although Monroe wasn’t actually in the movie, she made an appearance at the premier to meet some of England’s most important figures. The viewing took place in Leicester Square, a small section of the western side of London. It would appear that the man who is accompanying Monroe is her husband at the time, the famous play write, Arthur Miller. Monroe and Miller met at a premiere and hit it off. Marilyn was quickly rising to stardom at the time, and Arthur had already reached it. After not knowing each other for much time at all, they decided to get married. The pair were wed just a few months before they met the queen.

Unfortunately, their relationship would face severe strain because of Miller being accused of being a Communist and Monroe’s excessive drug use. Monroe also found writings by her husband that revealed he was worried that Marilyn was just going to freeload off of him. It would also go on to say that he didn’t love Marilyn, he just wanted children. From here the couple’s marriage would spiral out of control, culminating in a divorce after five years of domestic life. The picture captures a happy moment in an unhappy union and it also is an interesting glimpse at a meeting of two of the 20th century’s most iconic women.