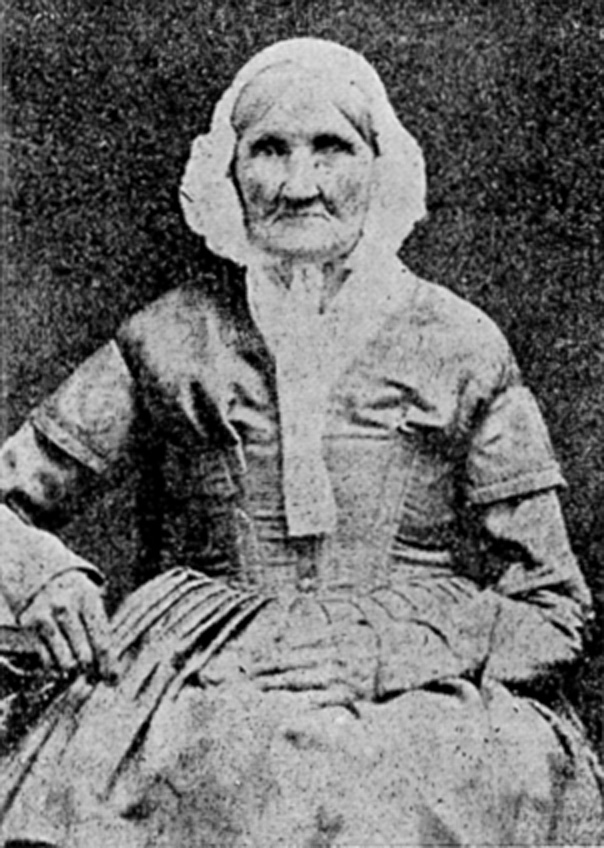 The Earliest Born Person to be Photographed.

Above is a picture that holds a world record. It is the picture containing the earliest born person of any photograph, meaning that no one born before this woman has ever been photographed. The woman’s name is Hannah Stilley Gorby and she was born in 1746, although the picture was captured in 1840.

It is surprising to think that such an old photograph can exist, but cameras have been around for a surprisingly long amount of time. One of the first recorded examples of a working camera was invented all the way back in 1816 by a man named Nicephore Niepce. Unfortunately, the pictures from this camera were far from permanent as over-exposure from light would cause them to fade quickly. Then the partner of Niepce, a man named Louis Daguerre, improved upon the original design, crafting a camera that would record an image onto a slate. Film wouldn’t be used until around 1885 by George Eastman who called his new film cameras Kodaks. Eastman would go on to produce the first hugely successful camera available to the public with his Kodaks. The Brownie was a small and inexpensive camera that Eastman designed so that everyone could take pictures and they were quite successful, being sold all the way until 1960.

Film would go on to be the preferred source of pictures, even making recordings and motion pictures possible. From there, cameras that were able to print out pictures they took were invented, called instant cameras. The pinnacle of photography equipment to this day, however, is the digital camera which uses digital technology to capture images and link up to computers and printers to modify and print pictures.